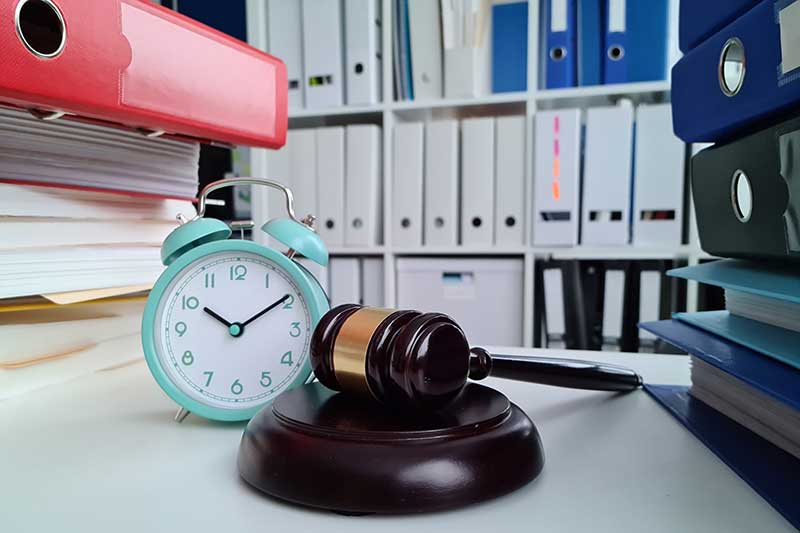 Don’t let your time run out

Do different states have the same car accident lawsuit deadlines for filing a claim?

No. Various states have different statutes of limitations for car accident cases. Filing deadlines ranged from two to six years. Although, the majority of states have a two-year statute of limitations, including Texas. The next most common deadline is three years, but a number of states have up to five or six years before the window to file a claim closes.

Why do filing deadlines exist?

Are there exceptions to the statute of limitations?

In Texas and many other states, if the accident victim dies, the family has two years from the date of death to file a wrongful death claim. The death date may differ from the accident date.

Also, if a government employee caused personal injury or an accident occurred on government property, you only have six months to file a lawsuit. You would have to file the claim against the particular government office that was responsible for the employee or property.

Can you ever get a filing extension?

It is rare. However, sometimes courts will grant an extension to person with a disability, allowing them to file beyond the two-year limitation. Also, if the injured person was a minor and their parents did not file a lawsuit, the minor might be able to file a claim when turning 18.

Do you need help with an accident claim?

The Law Office of Michael R. De La Paz handles cases nationwide that involve serious vehicle accidents. We also have successfully represented victims throughout the state—from the Dallas and Fort Worth area to central and southern Texas. Arrange a free consultation today to evaluate your potential case.