Seat Belt Safety: How the Use of Seat Belts Revolutionized the Road 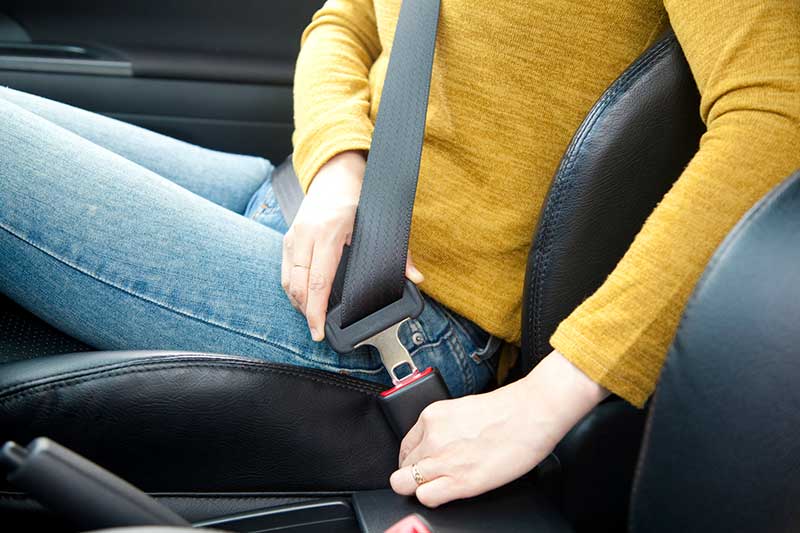 Buckle up for Safety

Today most people take seat belt safety for granted. In fact, a time without seat belts may seem hard to visualize for younger generations. However, we didn’t always have seat belts. Their use became mandatory for manufacturers in 1968. That year, all newly manufactured vehicles had to include seat belts.

However, just because cars came with seat belts didn’t mean everyone wore them. Should everyone have to wear seat belts?

During the 1980’s, debates ensued over mandatory seat belt use. By 1989, two-thirds of the states had passed mandatory seat belt laws. Today, except for New Hampshire, all states along with the District of Columbia require front seat vehicle occupants to use seat belts.

Do the mandatory laws for seat belt safety match the statistics?

As a matter of fact, they do. According to the National Highway Safety Traffic Administration (NHTSA), the national use rate of seat belts was 90% in 2020. Statisticians reasoned that seat belts saved approximately 14,955 lives in 2017.

Here’s another noteworthy statistic. In 2019, statistics showed 22,215 occupants died in traffic accidents. The percentage of those occupants not wearing seatbelts was 47%.

Further analysis estimates that buckling up in the front seat of a passenger car reduces odds of injury and death:

Seat belt use in a light trucks reduces risks of:

What does seat belt use mean for a car accident case?

An experienced attorney can help you protect your rights

Having an experienced lawyer at your side is crucial when pursuing car accident lawsuits in Texas. To recover compensation, your attorney must prove the other party’s fault in causing the accident.

The Office of Michael R. De La Paz represents clients in Austin, Laredo, Houston and throughout Texas. You can take advantage of our free consultation to evaluate your potential case.