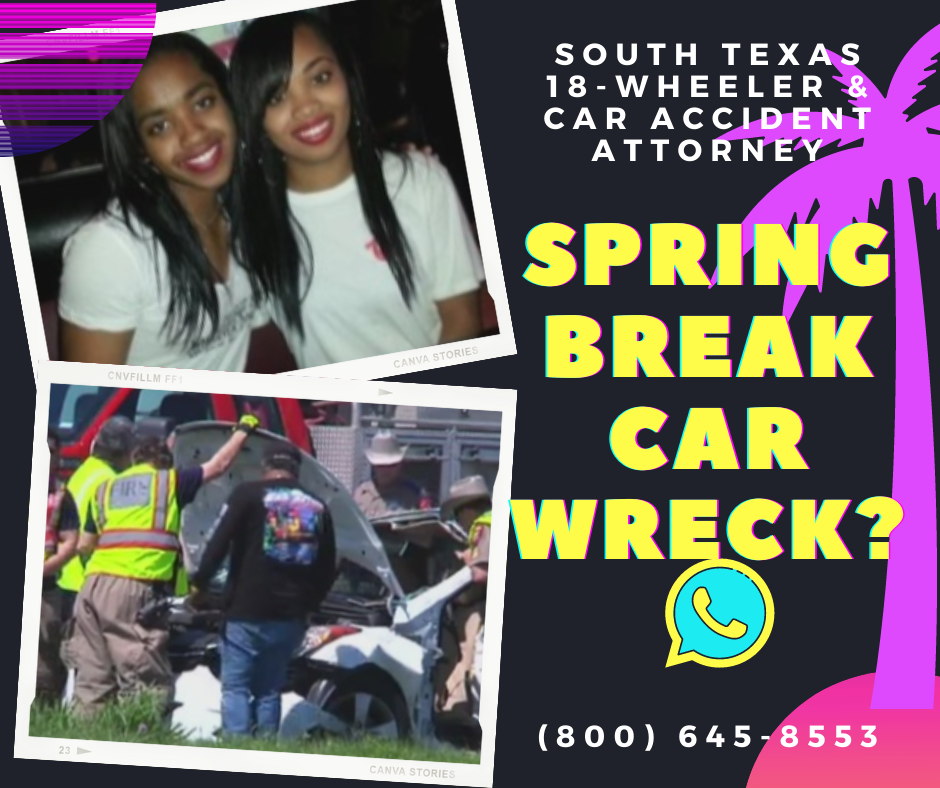 Texas spring break car wrecks are likely to rise when there is an increase of teen drivers traveling on Texas roads. Typically, they are looking for fun and adventure. However, car wrecks are a leading cause of death for teenage drivers. In fact, the risk of car crashes is higher among teens aged 16–19 than any other age group.

According to The Texas Department of Transportation (TxDOT), “One person in Texas dies every eight hours and 31 minutes in a DUI-alcohol related traffic crash. Last year, 1,029 people in Texas were killed and 2,522 seriously injured because an individual chose to drive while impaired,”

Also, TxDOT reports that during the 2021 spring break in Texas, there were 872 DUI-alcohol related traffic crashes. Furthermore, the crashes caused 30 deaths and 107 serious injuries.

Why teens are at risk for Texas spring break car wrecks

Many factors can contribute to teen car crashes, including:

While the above risk factors are concerning enough, adding driving while intoxicated to the mix is a real recipe for disaster. With increased crowds, traffic, and activities, drunk driving is an even riskier proposition. During this year’s spring break week, you can be sure that police departments in San Padre Island, Corpus Christi, and Galveston will assign extra duty officers to detect underage drinkers. Citations will be written, bar checks will be conducted, and DUI traffic stops will happen.

Talk to your kids about drinking and driving

Although the number of intoxicated teen drivers is much lower than they were 10 years ago, teens are still getting behind the wheel while drunk. In addition, some are dying from it.

Due to lack of experience, teens may feel like nothing bad will happen to them. Or, they may even feel that they are invincible. Many do not have the maturity to weigh all the consequences of drinking and driving.

Before your teens go on spring break, sit down with them. You can help them understand the consequences of drinking and driving including:

Was your teen involved in a DUI-related accident?

At the Law Office of Michael R. De La Paz, we have successfully represented car accident victims in cases statewide. Arrange a free consultation today to evaluate your potential case.