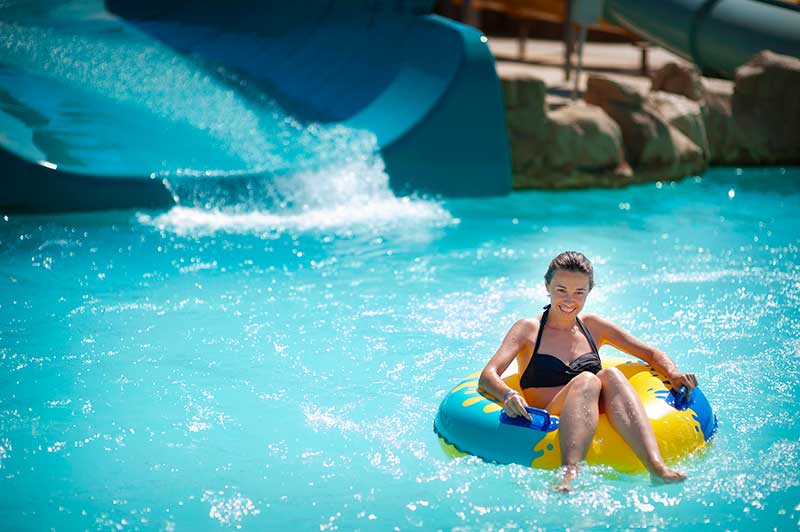 How can water park accidents occur?

Water park accidents and death can occur, especially when equipment is unsafe or malfunctions. The Raging River ride in Adventureland located in Des Moines, Iowa remains closed for the 2022 season. Its closure is a result of a fatal accident that occurred in 2021.

According to the Des Moines Register, the park had closed the Raging River ride for more than a year while it upgraded the ride’s electronics in 2020. The first day it opened in 2021, a fatal accident occurred.

Details of the Des Moines Water Park Accident and Death

The Jaramillo family rode in a 1,700 pound fiberglass boat/raft down the ride. Sabrina Jaramillo, the mother, said almost as soon as the boat launched, it bumped against the concrete bottom of the water course. As it hit bottom, it also began to fill with water. It struck against the walls, hit the bottom of the waterway and then flipped over as it turned a corner. At this point, ride operators could no longer see the craft because it had gone out of view. Trapped underwater by their seat belts, the family rode in the raft as it continued to scrape the bottom of the course.

The father said when it jammed against one of the water course walls, it partially broke his shoulder. Although still submerged, he pushed to get the raft moving again. Unfortunately this further damaged his shoulder. When the raft finally stopped, the wife was able to pull herself out of the seat belt. As she emerged, her husband was screaming that the children were still under the raft. However, the two of them were not strong enough to lift the raft.

The ride finally stopped. A park visitor who saw the accident, called 911. Park contractors, who were setting up a fireworks display pulled the boys loose and began CPR.

Des Moines hospital pronounced 11 year old Michael Jaramillo dead. The hospital put his brother David, age 16, into a medically induced coma. He spent a month in the hospital, much of that time in the coma. The father underwent repeated surgeries of shoulder and back injuries.

Have you suffered serious injury or lost a loved one in a water park accident?

At the Law Office of Michael R. De La Paz, we handle serious water park accidents and fatality cases. We have successfully represented victims in all different types of accident cases throughout Texas—in Royse City, Port Arthur and Galveston along with other locations. Arrange a free consultation today to evaluate your potential case.