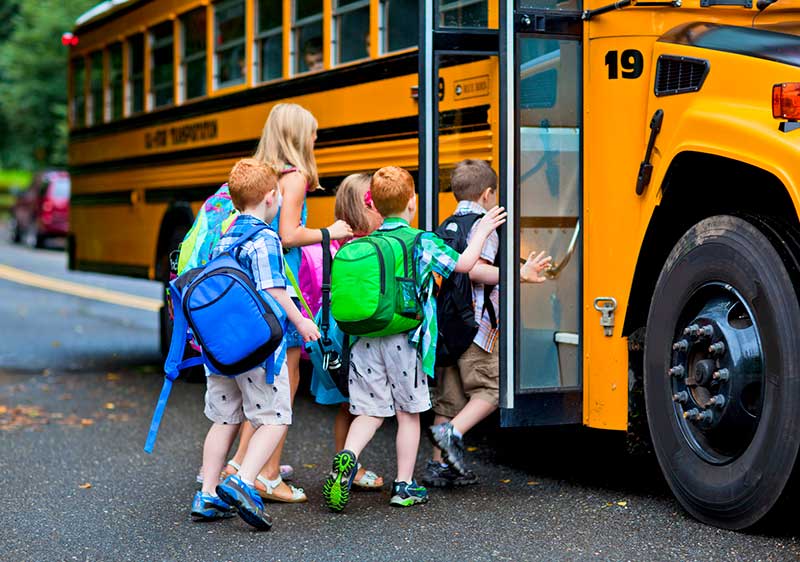 A disastrous school bus accident occurred in Albuquerque in February, 2022. A car crashed into the middle of a school bus causing a rollover accident. The police department released the video of the accident last week.

The Effects of the Impact

According to KRQE News, the video showed middle school children talking and laughing. In the next moment, a boy who had been walking down the aisle was thrown down. In fact, the impact of the crash and rollover threw all the children to the other side of the bus.

They were piled on top of each other and unable to get up. Confusion abounded with kids trying to help each other get free. Some children were calling their parents on their phones. Meanwhile, the bus driver crawled over the seats to help children get out. Some crawled out the window and others crawled out the emergency exit door.

Other Details About the Accident

Bystanders arrived to help and slowly everyone but one boy was able to get off the bus. The boy remained stuck. However, the people who came to their aid were able to free the boy as well.

The spokesperson for Albuquerque Public Schools said there were a total of 23 students on the bus during the accident. The bus driver and seven students went to the hospital for treatment of injuries. A 14-year-old suffered from a pelvic fracture and a 13-year-old had a femur fracture. Both students required surgery.

Mario Perez was the car driver who crashed into the bus. The officer at the accident scene arrested and charged him with two counts of great bodily harm by vehicle.

Was your child involved in a school bus accident?

At the Law Office of Michael R. De La Paz, we handle serious vehicle accidents. We have successfully represented accident victims in San Antonio, Houston, Galveston and in other areas all over Texas. Arrange a free consultation today to evaluate your potential case.