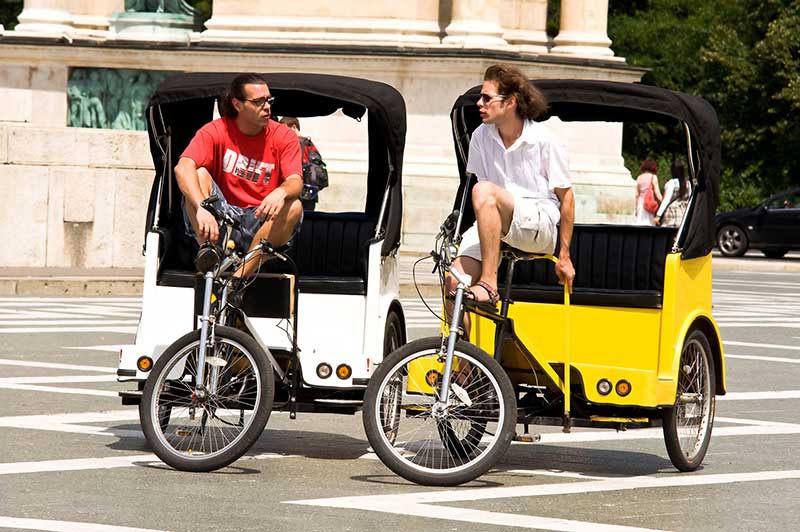 Have you suffered injury in a pedicab accident?

Pedicab accident injuries refer to accidents involving a pedicab, which is similar to a bicycle. A driver pushes pedals to power the three-wheeled vehicle that has a carrier attached behind it for transporting passengers. Pedicabs have become increasingly popular in Austin and also in San Antonio. However, as with any vehicle, passengers and drivers are at risk for accidents.

Pedicab drivers must obey the same traffic laws as drivers of other types of vehicles. If a driver is negligent and causes an accident, they are liable for compensating  damages. Compensation should cover bodily and property damages. Responsible parties would include the individual driver and possibly the pedicab service company.

The City of Austin passed an ordinance that requires insurance coverage for pedicab drivers. The ordinance states that a pedicab or group cycle for hire must carry a public liability policy issued by an insurance company. The company must have a license to operate in Texas and the agent must also be licensed to operate in Texas. Policy limits must include:

The policy must cover the pedicab or group cycle for hire, all drivers and passengers.

Example of a Pedicab Accident Reported by the News

In 2017, a sedan rear-ended a pedicab transporting a passenger to a South by Southwest event. KXAN reported that the crash caused the pedicab to lift up into the air. The impact threw the 20-year-old passenger, Emma Kern onto the pavement. She suffered facial fractures. The pedicab driver had bruises, but no serious injuries.

The same precautions apply in this type of accident as in regular accidents. You should exchange names, addresses, registration information, liability insurers and driver’s licenses with other parties. You should also file a Driver’s Crash Report.

Do you need legal help with a serious pedicab accident?

The Law Office of Michael R. De La Paz represents clients in cases that involve substantial injury through another party’s negligence. We represent clients throughout Texas including clients in San Antonio, Austin and other locations.